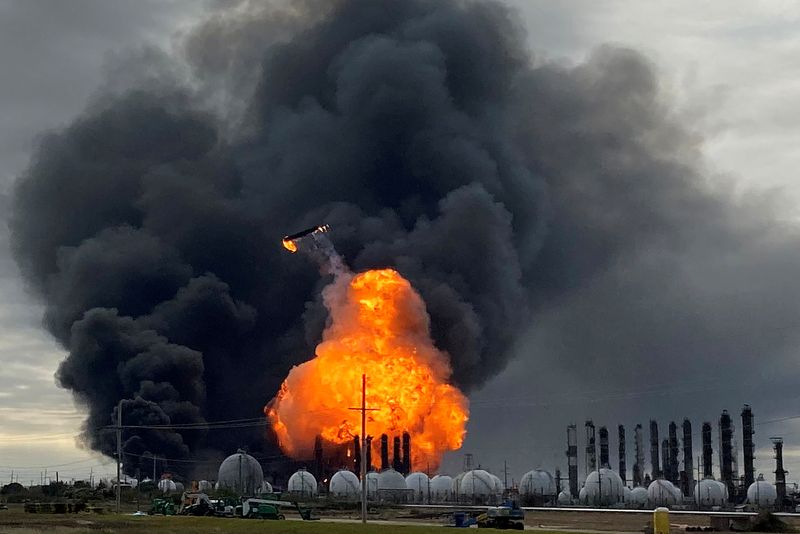 © Stocksak. FILE PHOTO – A process tower flies through air after it explodes at the TPC Group Petrochemical Plant. This explosion occurred after an earlier large explosion that ignited a fire at the plant in Port Neches (Texas), U.S.A, November 27, 2019. REUTERS/Erwin Seba

(Stocksak). TPC Group, a bankrupt Texas producer of petrochemicals, announced a $30m settlement with its junior creditors. This includes people with injury or property damage claims in relation to a 2019 fire blast and fire at a Port Neches (Texas) refinery.

After reaching an agreement in June with bondholders, the Houston-based firm filed a prepackaged Chapter 11 lawsuit. The agreement included the elimination of $950 million in secured debt totalling $1.3 billion and the release of liabilities resulting from an explosion and fire at their Port Neches plant in Texas. The agreement would have left only $5 million for junior creditors or litigation claimants in a bankruptcy plan.

Thursday’s settlement increases the recovery of junior creditors to $30 millions and ensures that litigation claimants will receive a greater share of those funds. TPC’s restructuring won’t fully repay bondholders. However, they agreed not to collect any money out of the $30 million fund.

TPC’s attorneys indicated that TPC will amend its Chapter 11 plan to reflect settlement and reach out creditors who are eligible for a vote on the restructuring plan.

At a Nov. 30 court hearing, the company will seek confirmation of its revised bankruptcy plan.

TPC is a producer of the petrochemicals butane, butadiene and butane, which are used in the manufacture of plastics, tires, and gasoline. According to court filings, TPC was subject to about 7,000 claims for personal injury, property damage, and business interruption after the Port Neches refinery fire.

Axelar teams up with Polygon to provide cross-chain communication to Polygon Supernets.