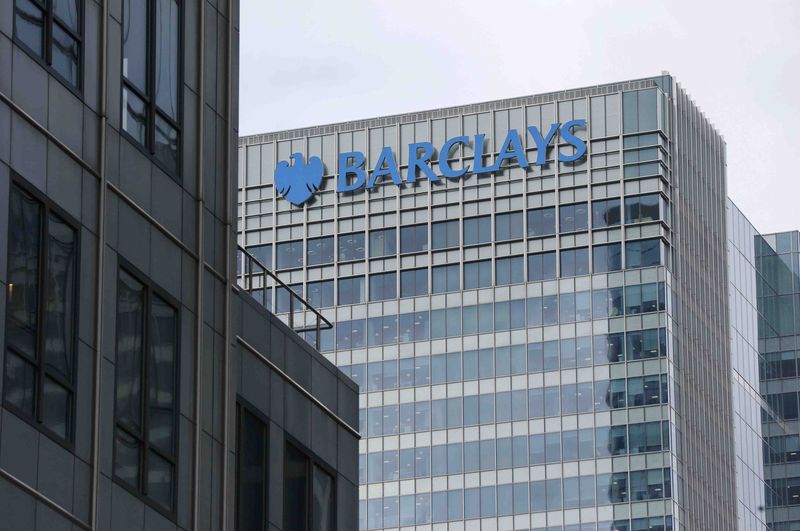 Investing.com — Barclays PLC (LON) reported a better-than-expected profit for the, as the lender was helped by strong fixed income trading performance that helped offset an increase in provisions.

The British bank’s pre-tax income for the three months ended on September 30 jumped by 6% compared to the corresponding period last year to £1.97 billion, above analyst estimates.

Barclays’ markets business saw strong client activity. A recent increase in interest rates and solid client activity outweighed a slowdown in its investment bank business, where fees were cut. The results at its consumer, card and payments division also saw a surge in performance.

Total group operating expenses also expanded by 14% annually to £3.9 billion due to the appreciation of the U.S. dollar against the , soaring inflation, and investments in the company.

But the bank continued to back its full-year guidance, saying it is targeting RoTE of greater than 10%, a common equity tier one ratio – or capital buffer – of 13%-14%, and costs of around £16.7 billion.

Mnuchin, an ex-treasury Secretary, states that the U.S. is currently in recession. Stocksak

Bailey hears from Hunt, UK finance minister, that he has reaffirmed BoE independence By Stocksak